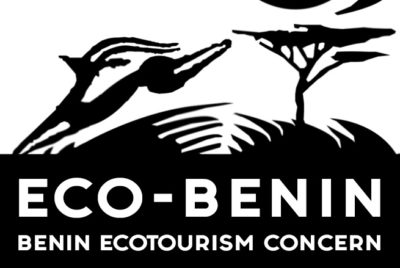 The Republic of Benin adopts a National Strategic Plan for Ecotourism Development.

On the 13 and 14 September 2012, took place in Cotonou Convention Center, the National Validation Workshop of the Strategic Plan for the Development of Ecotourism. This workshop was attended by a hundred participants from various institutions in the field of tourism and related areas. These include sectoral ministries, government both national and decentralized associations of tourism professionals, agencies, bilateral and multilateral development assistance, non-governmental organizations and associations to promote ecotourism in Benin. It was officially opened by his Excellency Mr. Jean Michel Abimbola, Minister of Tourism.

In his opening remarks, the Minister first welcomed all participants. He then stated that “long seen as a mere commercial activity, tourism has been ranked in the background of development strategies”. But fortunately, he continues, “highlighting its industrial character it is now a renewed interest. As he enjoys the attention of the Government of Dr Boni Yayi who found that it is not only a promotional tool for national and international reputation of Benin, but a remedy against the global economic crisis “.

The workshop was carried out in four (4) basic steps. The first was the presentation of the proposed development of the Plan and its strategic analysis. To this end, three (3) ongoing communication exchanges were given to participants by the team of consultants from Global Eco in charge of the study. Including presentations it is the context and methodology development; diagnosis and finally strategic challenges, vision, rationale and strategies for the ecotourism development Plan. The second step is related to organizational arrangements and implementation of the Plan. Two papers were the basis for reflection. It is the implementation, monitoring and evaluation, and on the other hand, the synthesis of strategies and action plan 2012-2022. The last two steps are related to the definition of next steps and commitments for implementation and adoption of the Plan followed by the official closing of the workshop. A roadmap for monitoring and implementation of the Plan has been set.
The Strategic Plan for the Development of Ecotourism held that validated the vision of Benin in the development of ecotourism is: “By the year 2022, ecotourism is a lever for sustainable development adopted by actors, actively participating in the poverty reduction and attractive internationally. “And that the general goal is to” develop ecotourism and as an instrument for sustainable development and poverty reduction. ”
To do this, strategies will be implemented to develop a favorable environment for the development of ecotourism:
– The establishment of an institutional, legal and regulatory
– Improving governance (strengthening sector management);
– The development of an information system and data collection;
– Access to Finance.

And to develop and promote ecotourism products and services by:
– The assessment of the status and inventory of potential;
– The Planning and management of sites and facilities;
– The development and promotion of ecotourism products;
– The Professionalization of actors.

It should be noted, finally, that the Plan has been validated and it is the culmination of a long process that began in 2007 by the National Roundtable on Ecotourism in Benin with the participation of the International Ecotourism Society (TIES). The roundtable has recommended the development of a National Strategic Plan for the Development of ecotourism in our country. Following fieldwork, developments and analyzes of topics related to ecotourism, identifying strategic areas for its development and promotion, the Global Eco Office, responsible for the conduct of the study, developed the first draft report.